Demonstration of Massive MIMO Uplink where several UEs transmit simultaneously to a 32 antenna base station, formed of 4 units of PicoSDR 8×8. All the signal processing is done within Matlab. 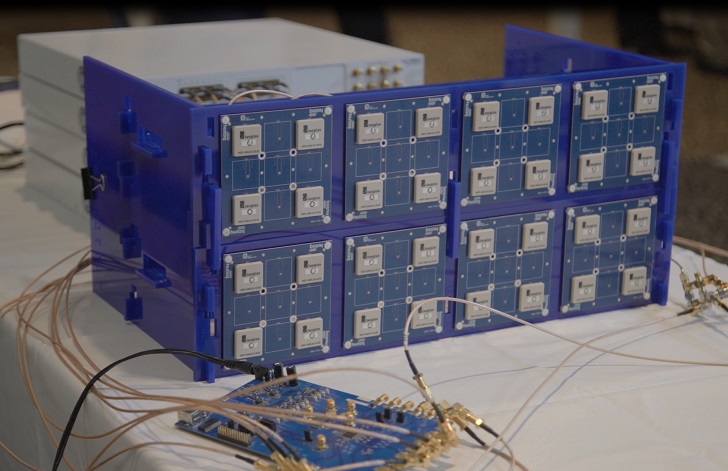 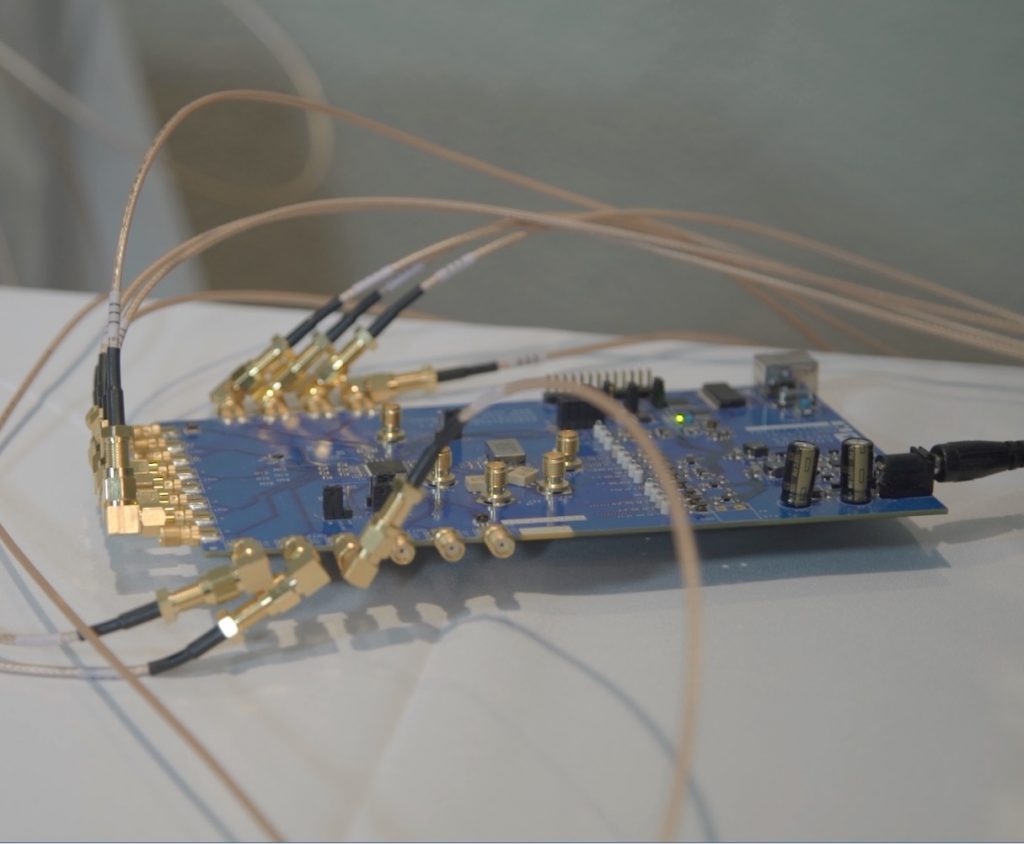 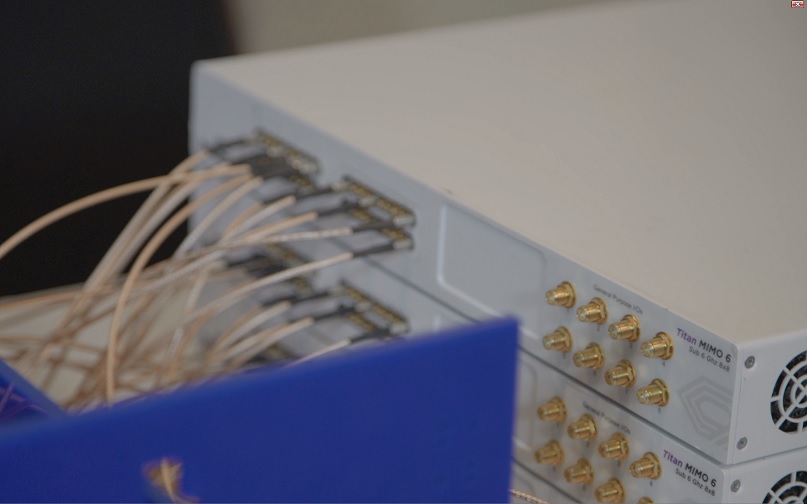 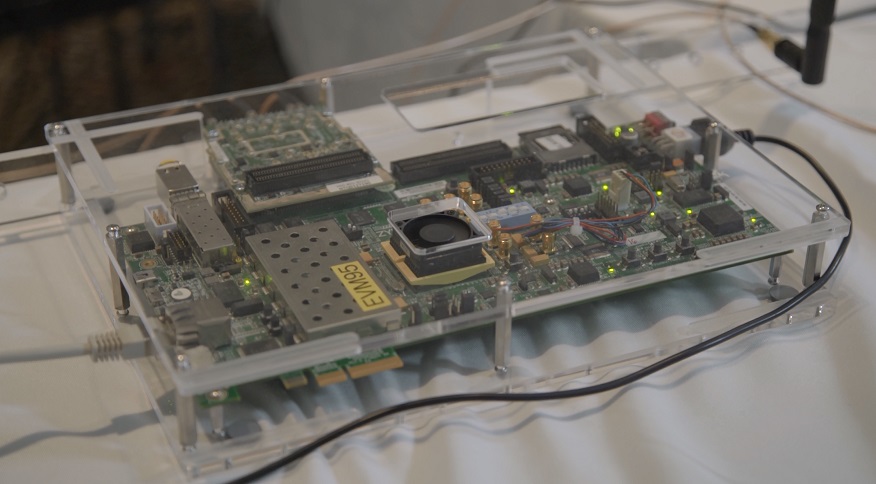 In this demo, we will demonstrate Massive MIMO uplink where several UEs will transmit simultaneously to our 32 antenna base station.

In the current demo setup, we will do all our signal processing within Matlab on this laptop which is connected through the gigabit Ethernet switch and through daisy chaining these PicoSDR units. To perform this demo, we will transmit a waveform through gigabit Ethernet to the block RAMS on the ZC706 boards. The three ZC706 boards have each got their own independent block RAM which will be used to save the waveform for two independent UEs. So the two antennas on each of the ZC706 boards form a single separate antenna user element.

Once we’ve uploaded the waveforms or downloaded the waveforms on the ZC706 boards, we will then send a common trigger through this network of cables there and this trigger will initiate a transmission at the UE side and reception at our base station site. On the base station side we’ve got 4 PicoSDR units, each of these units is a complete 8×8 systems so, we use 4 units to form a 32 antenna Massive MIMO setup. The antenna array that we will use for the base station end is over here and consist of 32 antenna elements and the other important thing in this setup is that we are using a common clock which is operating at 30.72 MHz which is the most commonly used LTE frequency. We will use that clock to distribute the same common clock to the 4 units over here (PicoSDR) and to the 3 ZC706 boards that you see at the far end of the table.

So as we mentioned earlier, all the signal processing is done within Matlab. The data OFDM waveform is prepared within Matlab, it is sent to the UEs from Matlab and once the data is received at the base station it is sent back to Matlab where all the signal processing is done. So to run the demo all we have to do is click “run” on the script and as you can see in this window we will first initialize the radios, then switch them to RX mode on the base stations and transmit modes at the UEs because we’re using TDD mode of operation. And once the radios are initialized, a common trigger is then sent to all the UEs and the base stations and this common trigger triggers all the different elements of this setup to simultaneously start transmission and reception. And as you can see over here, we’ve received and plotted the constellation of 6 UEs, each of which was originally using QPSK and then we modulate that QPSK signal over OFDM and we transmitted over the air, we receive it, we decode the subcarriers we extract the pilots, then we decode the subcarriers and after performing OFDM demo relation, we finally get the UE constellation. In this setup, all the six UEs transmit simultaneously while the base station antennas that receive the data at the same time, at the same frequency from all the 6 UEs and that data is all processed in Matlab.