This demonstration will be presented at the Embedded World Conference 2017 from March 14-16 in Nürnberg, 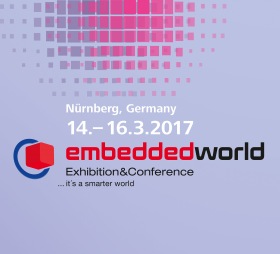 The Internet of Things (IoT) is one of the hottest topics that industrials and researchers are studying from different theoretical, engineering, economical and societal angles. The reason is that the IoT is impacting every business. In fact, mobile communication and IoT are changing the types of devices that connect into a company’s network. Those connected devices will produce new types of data and will help a business gain efficiencies, harness intelligence from a wide range of equipment, improve operations and increase customer satisfaction. IoT will also have a profound impact on people’s lives. It will improve public safety, transportation and healthcare with better information and faster communications. While there are many ways that the IoT could impact society and business, they have at least three major benefits that will impact every business, which include: communication, control and cost savings.

From technical perspective, IoT describes a system where sensors in the physical world, are connected to the Internet via wireless and wired Internet connections. Wireless communication is a key factor in the IoT sphere. For instance, sensors can use various types of local area connections such as RFID, NFC, WiFi, Bluetooth, Zigbee, LoRa, Sigfox. They can also have wide area connectivity such as 2G, 3G and 4G.

The LTE-based IoT chipsets are still in the prototype stage, not yet commercially available, and no networks currently support them. Nutaq’s PicoLTE network-in-a-box is release 13 compliant and supports both Cat M1 and NB-IoT. It is an out of the box solution to test LTE-based IoT infrastructure.

We are going to demonstrate an IoT end-to-end scenario. PicoLTE will be used as an LTE gateway for WiFi-based IoT devices. Sensors and communicating nodes will connect to a WiFi access point which will aggregate the measured data to a cloud platform over LTE radio access network. PicoLTE supports both LTE base station (eNodeB) and core network (EPC), will push all the received data streams from sensors to the cloud using an internet connection.

The PicoLTE system is ready to handle LTE Cat M1 and NB-IoT devices to start testing and experiment scalable and secure IoT network. 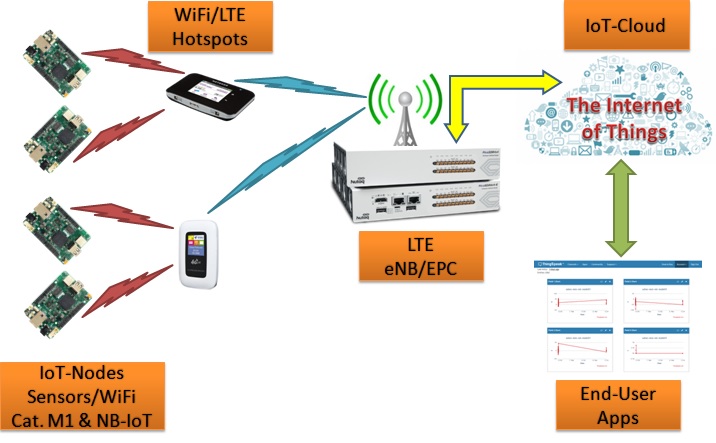